The President of the Swiss Confederation and Minister of Foreign Affairs, Ignazio Cassis, has been invited to visit the UAE by President His Highness Sheikh Mohamed bin Zayed Al Nahyan, as part of the UAE’s effort to strengthen bilateral relations between the two countries. President Cassis received the message from the Minister of Foreign Affairs and International Cooperation of the UAE, Sheikh Abdullah bin Zayed Al Nahyan, during a reception in Locarno, Switzerland. 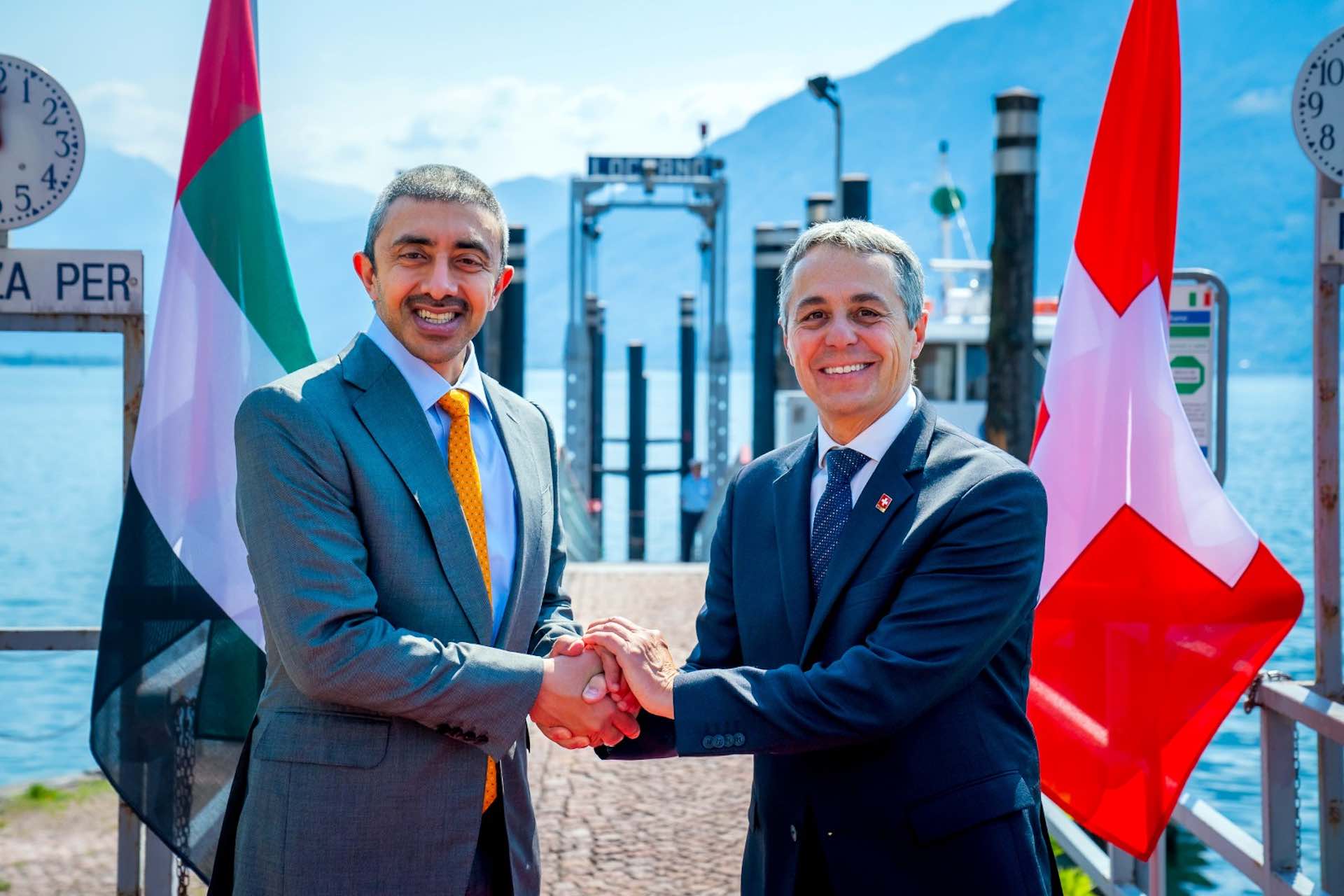 Sheikh Abdullah conveyed Sheikh Mohamed’s greetings and wishes for Switzerland’s continued progress and prosperity. President Cassis expressed his greetings to the UAE President, wishing the UAE continued development and well-being. In the meeting, they discussed UAE-Switzerland friendship and cooperation in economic, trade, and investment areas.

During the meeting, the sides exchanged views on regional and international issues and developments. As President Cassis noted, both countries share close and distinguished relations, and he expressed his country’s desire to deepen relations with the UAE in a number of areas. Sheikh Abdullah affirmed that the UAE, under the leadership of Sheikh Mohamed, is eager to enhance its cooperation with Switzerland to serve the interests of their countries’ peoples, emphasizing the potential for strengthening the UAE-Switzerland partnership that will help them pursue sustainable development.

After the meeting, the President of the Swiss Confederation accompanied Sheikh Abdullah on a visit to the botanical garden on the Brissago Islands. These islands are among Switzerland’s most renowned tourist destinations. This was followed by a Locarno Film Festival reception ceremony. Additionally, they visited the Schindler Group, a world leader in the manufacturing of elevators, escalators, and moving walks, founded in 1872.

In his remarks, Sheikh Abdullah commended Switzerland’s progress in the field of industrialization. He also commended its commitment to empowering young people so that they can work in this sector, which is considered one of the most significant pillars of economic development.

SCO and G20 Presidency of India will strengthen world…