Kuwait’s Assistant Foreign Minister for Development Affairs and International Cooperation Hamad Suleiman Al-Mishan met with UN Security Council Ombudsperson Richard Malanjum in New York. First meeting between a Kuwaiti official and the Ombudsperson. The meeting focused on the delisting requests of Kuwaiti nationals on the sanctions list, and the efforts of the Kuwaiti Ministry of Foreign Affairs in this regard, said Ambassador Al-Mishan. Ambassador Al-Mishan is also chairman of the committee on implementation of the UNSC resolutions adopted under Chapter VII of the UN Charter. 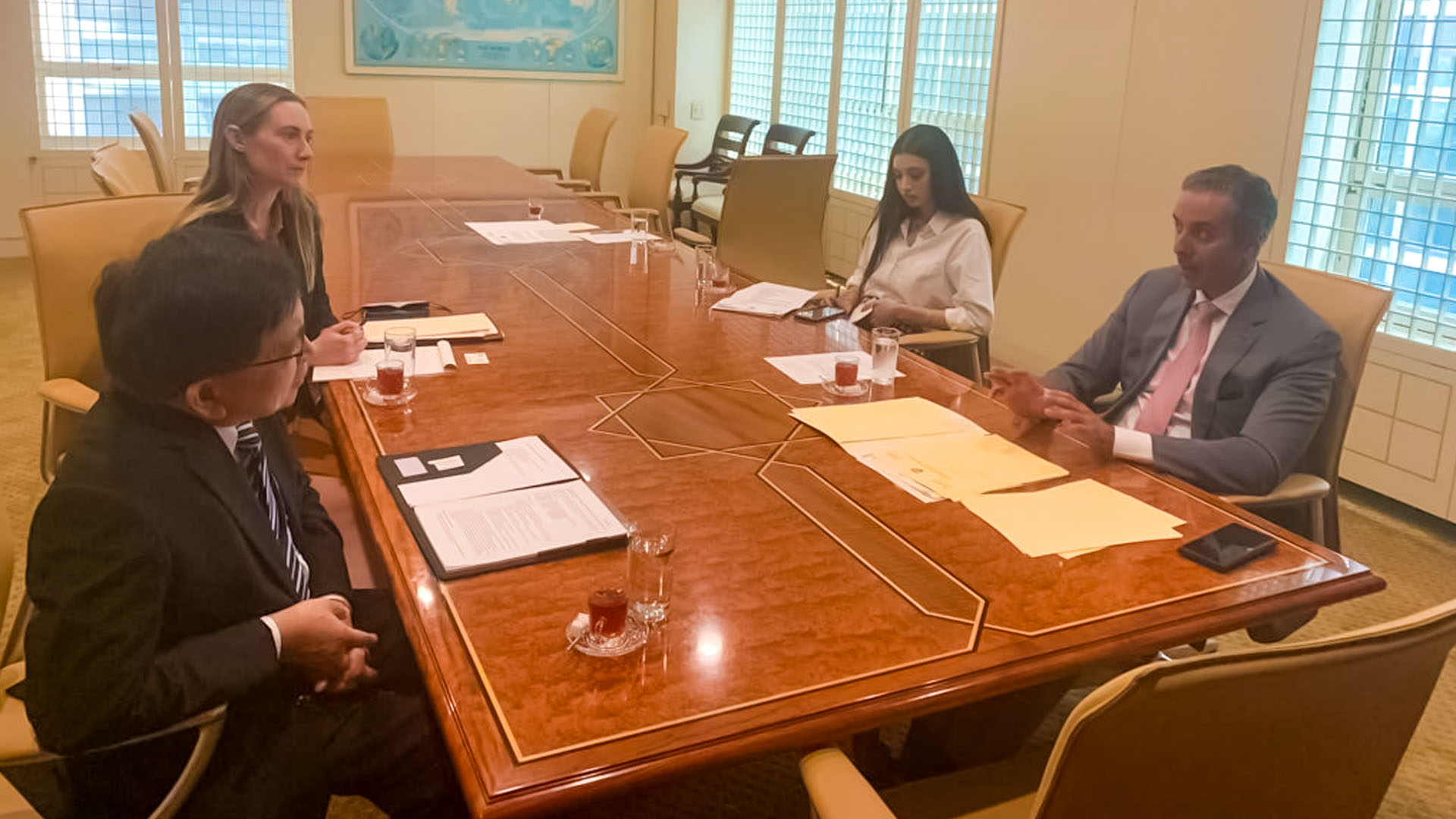 According to Ambassador Al-Mishan, the State of Kuwait supports the legitimate grievances of concerned citizens. He noted that he had invited Ambassador Malanjum to visit Kuwait in order to facilitate the gathering of information and meeting of the ad hoc committee on rehabilitation of those on the UNSC sanctions list. The ad hoc committee is affiliated with the interagency committee on the implementation of UNSC resolutions adopted under Chapter VII of the UN Charter.

Kuwait University’s Faculty of Sharia, the Ministry of Awqaf and Islamic Affairs, and the Public Prosecution make up the interagency committee led by the Foreign Ministry. The Security Council Committee was established by UNSC resolutions 1267 (1999), 1989 (2011), and 2253 (2015) regarding ISIL (Da’esh), Al Qaida, and their affiliates. According to UNSC resolution 1904 (2009), the Ombudsperson is responsible for assessing relevant reports and delisting requests from the concerned parties.

Al Mouj Muscat to provide over 5000 jobs after project completion

Wildlife in Kenya is being decimated by drought